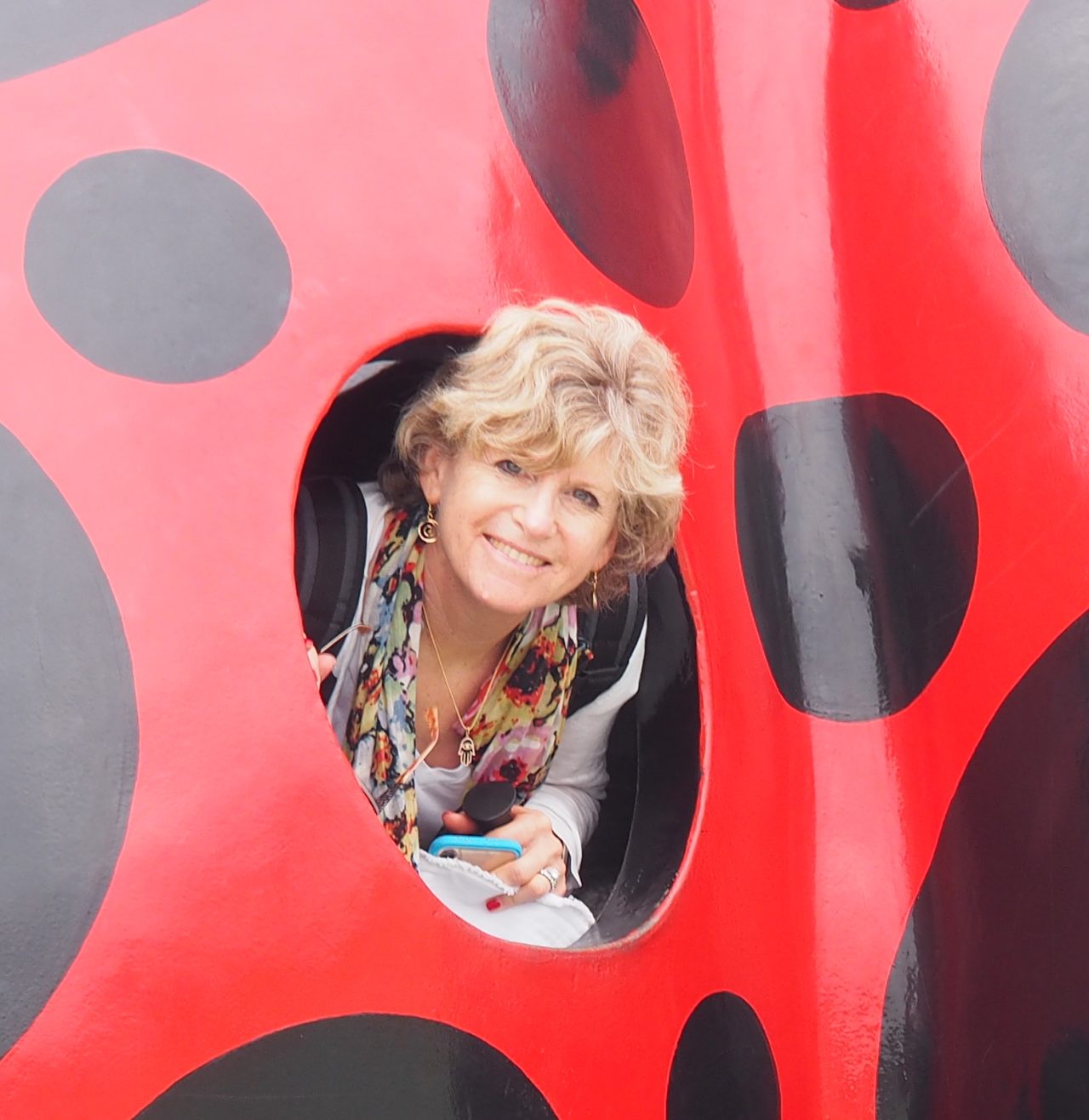 We know that there are people in the Parkinson’s Community who are isolated, alone, and losing hope.   We want this project, “Soaring With Hope” to show them and the world that people with Parkinson’s have every reason to hope.

How many of you have heard about Soaring With Hope 4 Parkinsons Disease? 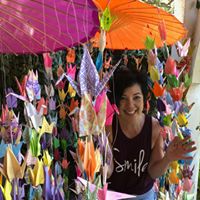 About a year ago, I wrote a blog post about this amazing project.  The spark for the idea came soon after the last World Parkinson Congress in Portland, Oregon in 2016.

I spent a lot of time together with Naomi, Clara and Amy, at the WPC, meeting people from all around the world who shared our challenges and our hopes. 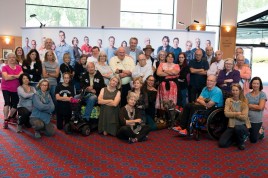 We were inspired by the photography murals created by photographer  with PD, Anders M Leines.  So inspired that Clara convinced him to photograph a large group of people with Parkinson’s in front of his fabulous exhibit.

One day at lunch back in Los Angeles, my three friends, Naomi, Clara and Amy, were talking about how Parkinson’s brought them together, creating a wonderful friendship.  How could they be happy with a chronic neurological progressive disorder?  They realized that by sharing their challenges with each other, that there was also hope.

In the Japanese tradition, 1000 is the common number of cranes to fold to represent hope and health.   Naomi, remembering that there were a 1000 Origami Cranes at her wedding as a symbol of hope, suggested that they create an art exhibit using Origami Cranes for the next Congress, which will be in Kyoto, Japan in 2019.  The idea became a passion for all involved.

The purpose of the project is to raise global awareness while giving hope to all in the Parkinson’s community.  The project started slowly, but has exploded in recent months.  Messages and folded cranes are coming in from around the world.   Soaring with Hope 4 Parkinsons Disease is now an official exhibitor at the WPC Art Walk in Kyoto.   They have received some corporate funding and there will be a raffle for two $2500 travel grants to the WPC.  For more information about the raffle click here.

Soaring with Hope has also been doing outreach into the community.  In the Los Angeles area, they have been having workshops with schools, Girl Scout troops and more, educating them about Parkinson’s Disease while folding cranes.  They have also been consulting with other PwP’s around the world who are doing outreach into their own communities with this project.  Their latest collaboration for international outreach is with Dance for PD, a program of the Mark Morris Dance Group in NY.  On December 1, they will be launching the PD Crane Dance Project, more information to follow.

The initial goal was 10,000 hand folded cranes each with a message of hope, and made with purpose and intention. Amazingly, they have surpassed that goal and now have    14,000 cranes. They have over 6000 messages from 21 countries, but need more messages.*

Naomi, Clara and Amy say that each crane will represent a unique story about one person’s hope, 14,000 + cranes flying together at the 2019 World Parkinson’s Congress in Kyoto Japan will be a powerful wave of hope and dopamine carrying us into a future where Parkinson’s is no longer a part of us.

*For more information on how you can participate, go to soaringwithhope4pd.org/

In addition, I earn from qualifying purchases as an Amazon Associate

Twitchy Woman hosts a series of webinars on Zoom for Women with Parkinson’s Disease most Sunday mornings at 10 am Pacific Time. (1 PM Eastern).  To maintain privacy for this group, we ask that care-partners and family members not attend unless an event states that registration is open to all.

How do you know when to turn in your car keys? Join us for an open discussion about driving and PD. How did you make the decision to give up driving? Was the decision made for you by others? If so, how did you feel?

Please note, there will be no speaker for this meeting. Please register here

Dr. Corcos will be talking about the latest information on exercise and Parkinson’s Disease.  You won’t want to miss this important meeting.

Register here to attend and receive a link to the film.